The History of Shelby Township

The Historic Structures of Shelby Township 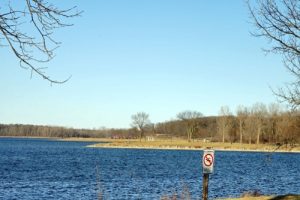 Shelby Township was created by the Michigan Territorial legislature on April 12, 1827. In the nearly two hundred years since it was established, the town has developed into a diverse, thriving community. As a result of the town’s long history, there are several noteworthy historical structures that have been preserved to this day.

These structures offer a rare window into the past and a chance to learn about the town’s humble beginnings. For example, the Andrews School Museum is a converted 1871 schoolhouse that provides a unique educational opportunity for residents and visitors of all ages.

The oldest remaining structure in the town is an 1822 farmhouse. When you observe this nearly two-century-old structure in the middle of brand-new, modern-looking homes, you’ll feel like you’ve stepped outside of time.

The Lost Village of Disco 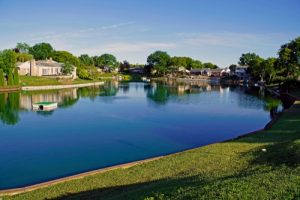 Disco was a thriving community in the 1830s that mostly consisted of settlers from New York. They cleared land, built log cabins, and slowly developed this section of Shelby Township into a charming village.

At its peak, Disco featured two general stores, two blacksmiths, a hotel called The Halfway House, and more. There was also a high school called the Disco Academy that gained some local recognition. Despite, this the community never incorporated into Shelby Township and eventually disappeared.

All that’s left of Disco today are a few homes. If it weren’t for old county maps, we’d likely have no idea that this historical community ever existed.

Shelby Township currently has a population that exceeds 80,00 people. Just ten years ago, the town only held approximately 70,000 people, showing how fast it’s grown. In fact, Shelby Township is one of the fastest-growing communities in the Detroit metropolitan area.

What are the most exciting things to do in Shelby Township?

In the winter, Shelby Township is known for its fabulous sledding hills and ice skating rinks. Alternatively, when the weather’s warmer, it’s a beautiful area for hiking, fishing, golfing, and other outdoor activities. For even more ideas, check out our helpful guide on things to do in Shelby Township.

Are there any historical tours I can take?

Yes! The Shelby Township Heritage Trail is a self-guided 21-mile tour of the most historic sites our town has to offer. Move at your own pace as you soak up the rich history of the town and learn everything you want to know about Shelby Township.

Where can I find more information about the history of Shelby Township?

The Shelby Township Historical Society is a group that’s dedicated to studying and preserving the history of the town. They welcome residents and non-residents who are interested and have anything to contribute to the group.

Additionally, you can check out the Shelby Township edition of the Images of America series by Arcadia Publishing. Released in 2010, the book is packed with useful information and over 200 captioned images that tell the story of the town.